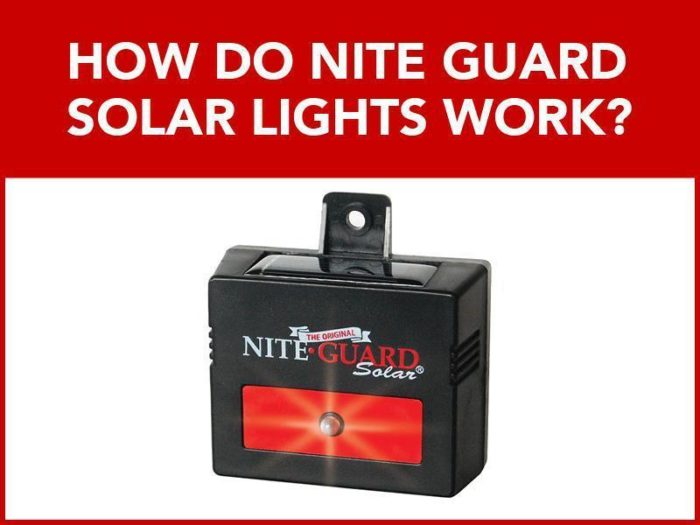 How do Nite Guard Solar lights work? For what they accomplish—from scaring off docile deer to the fiercest of raptors—their functionality is fairly simple. 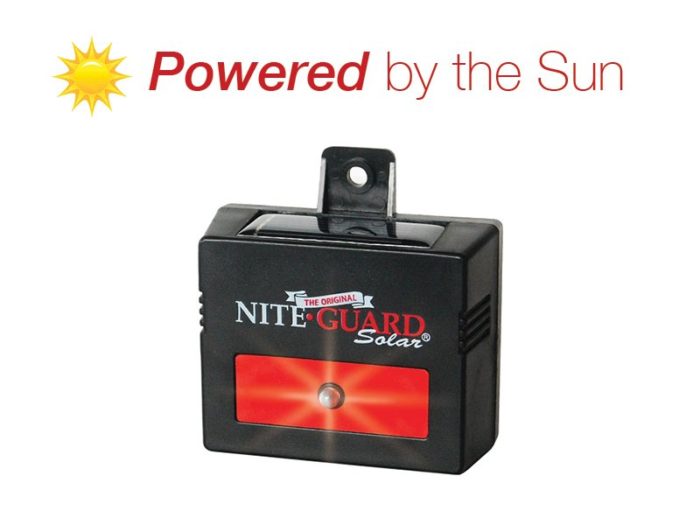 The topmost surface of the Nite Guard Solar light has a durable, high-quality solar panel. This solar panel uses daylight, as well as the sun, to charge a long-lasting, rechargeable battery during the day—even in overcast, low light daytime conditions.

The unit is totally maintenance free!

A sensor in the device senses the onset of dusk; it then activates the flashing red light.

From dusk to dawn, with no effort required on your part, your Nite Guard Solar lights will flash, frightening off lurking, nocturnal hunters.

At dawn, the devices sense the increase in light, and the lights turn off. Then, the battery begins recharging once more. This cycle continues 24/7 for the life of your devices, about 3 years.

There’s a reason for the flashing red light. To explain, let’s start at the beginning.

Owner and inventor, Jim Meyer, has owned and operated a commercial game bird facility, Oakwood Game Farm, for 50 years as of 2017. Like owners of backyard chicken coops, gardens, farms, and ranches, one of Jim’s biggest nuisances, as well as a very expensive problem, was nighttime predators—especially owls killing his birds.

In an effort to protect his thousands of pheasants and chukar partridge, Jim started doing research and experimentation. His many years of bird raising and combatting night predators gave him great insight into the massive conflict between animal predators and humans, and the need for a non-lethal way to stop animal predators. Most people don’t want to harm animal predators, but simply want to repel them.

Jim became aware of how animal instincts work, and the fact that ALL night animals deeply fear being watched or discovered.

He also became aware of the fact that a flash of light appears as an eye to these animals; and so, that flash triggers fear of being watched, and of having been discovered.

This information began a five year process of building and testing Nite Guard prototypes, including testing different flash colors. Jim began using flashes of light mounted high in the air to see if that would stop great horned owls, one of the worst killing predators on his farm; his testing proved successful, and he hasn’t suffered the killing toll of owls since.

Now, some 15 years later, Nite Guards are the largest selling solar animal deterrent in the world.

Jim has spent years experimenting, tweaking, experimenting some more, and making improvements to his product. He started this process in 1998, and to this day, Jim, and his wife, Betty, are always looking for ways to improve Nite Guard Solar devices.

So, why the flashing red lights? 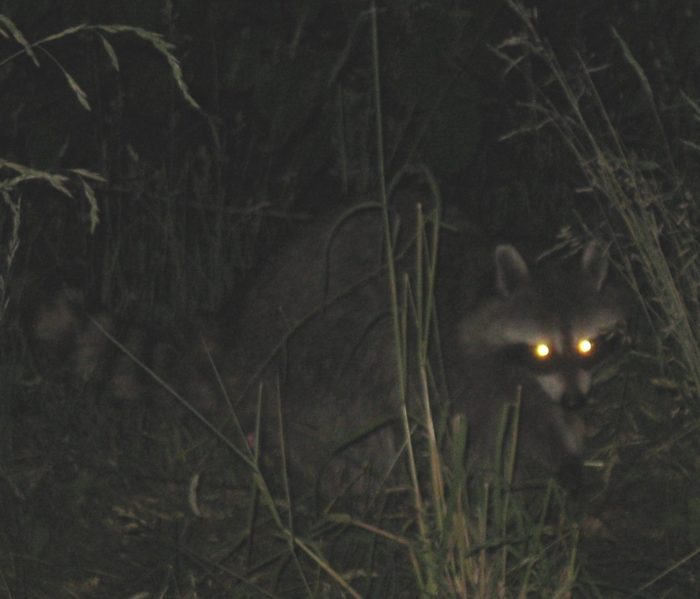 Through his research, Jim found that a flashing red light appears to a predator like the eye of another predator. Many animals have a reflective layer in their eyes called a tapetum lucidum. Translated from Latin it means “bright tapestry”. Think about how the eyes of dogs and cats glow green when you take pictures of them with a camera flash on; that’s the tapetum lucidum layer.

The flashing mimics a phenomenon animals are accustomed to seeing in nature at night. You may think that Nite Guard would do better if two flashes were used, but this is not the case. Two flashes actually blend into a single flash when seen from a distance. Plus, there’s less to go wrong when engineering and building units with a single flash.

As for the color red, it tends to be seen from a long distance away, since red cuts through spectrum debris, like fog, low light, snow, and rain.

The color red is also a universal alarm color to animals, as well as humans. And through our testing, we found animals react to a red flash, as opposed to other colors.

And the great horned owls preying on game birds at Oakwood Game Farm, they reacted to the flashing red light of Nite Guard Solar devices as the presence of another predator. They felt their lives were at risk, and so they fled the scene—that’s the fight or flight instinct.

Do you have questions about Nite Guard Solar lights, how they work, and how to use them on your property? We’d be delighted to help you over the phone or via email.