Will a Coyote Attack My Dog? Learn How to Protect Pets from Coyotes in Urban Areas 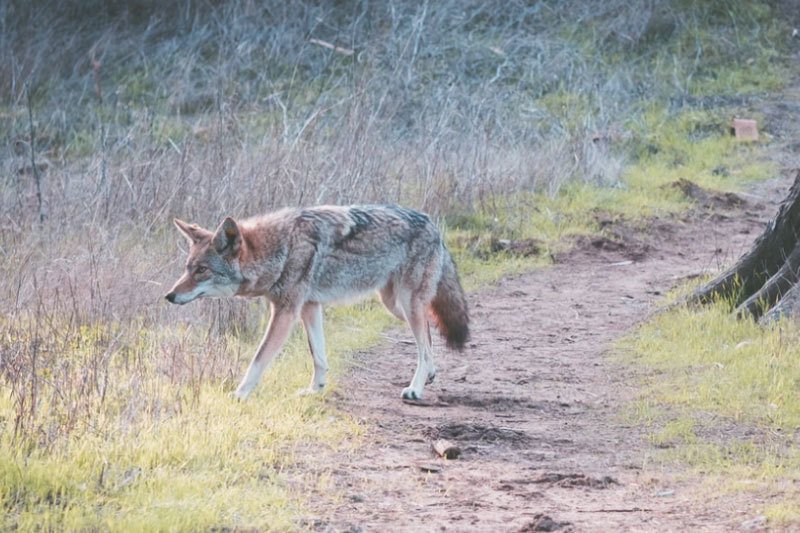 There are many advantages to living in a rural or semi-rural area. Plenty of space, starlight on cool summer nights, and crickets and cicadas in the breeze. Another familiar noise for rural residents is the coyote call. In today’s changing world, coyotes have become bolder, venturing into towns in search of food and new places to call home. Cats and dogs used to be fairly safe from rural predators in urban areas, but recently, coyote attacks in towns have increased. If you’re a pet owner, you might wonder how to keep your animals safe from coyote attacks. Read on to find out more about urban coyotes and learn how to protect your furry friends.

Coyotes in the City

There are several reasons why coyotes choose to abandon their usual rural enclaves in favor of bright city lights. The biggest factor is human encroachment. Farms have expanded into coyote territory and woodland has been lost to the industry. Things are generally less wild in rural America these days. Coyotes move home for other reasons, too. Groups commonly venture into the suburbs during and directly after serious fire seasons in California and in the Midwest. Young coyotes are more likely to pay you a visit in the fall as they establish their own ranges after being evicted from their former packs.

When they first encounter urban coyotes, many people fear for their personal safety. Reassuringly, coyote attacks on humans are very rare. Coyotes weigh between 25 and 35 pounds and simply don’t have the strength or the courage to take down a full-grown person. The risks to children are marginally greater: Children are smaller and can’t always tell the difference between a coyote and a regular dog. There has, however, only been one recorded fatal coyote attack on a child in the last hundred years. Coyotes do pose a genuine threat to feral and domestic cats and dogs. Unvaccinated animals risk acquiring rabies from infected coyotes after minor skirmishes. Unfortunately, most encounters between coyotes and pets end with the pet being eaten.

When coyotes move into suburban neighborhoods, they begin to lose their fear of humans. With that in mind, if you want to keep your locale coyote-free, you need to create a hostile environment. Don’t welcome the interlopers. Don’t try to see how close they’ll come to your home, and certainly don’t try to tame a coyote. Instead, make noise. Throw stones and sticks at them to scare them away. If you have an air horn, by all means, use it. Yell at them, wave your arms and try to frighten them off. They’ll usually move on if you make a fuss. If you encounter an abnormally tame coyote or an aggressive coyote, move to a safe indoor area straight away and call animal control immediately. Docile, fearless, or hostile behaviors can indicate an active rabies infection.

No Food, No Problem

To avoid attracting coyotes, keep your yard clean and remove food promptly. Don’t let garbage cans spillover, and don’t leave pet food out overnight. If coyotes are already a problem in your area, consider feeding your outside cats and dogs in a garage or even indoors. Many people believe that coyotes are carnivores. Actually, they’re opportunistic feeders. Urban coyotes eat a lot of cats, but they also eat watermelons, grapes, figs, fallen apples, and a host of other non-meat things. If you know there are coyotes in your town, consider fencing off your vegetable patch.

Coyotes are the canine equivalent of sirens. They’re very good at luring domestic dogs away from yards. Depending on the time of year and on the amount of easy food available, their dog-baiting intentions range from romantic to sinister. Coyotes have mated with pet dogs, producing hybrid litters. On the other hand, they’ve also eaten pet dogs. The solution is relatively simple: Keep your pooch on a leash, and don’t let Fido run around outside unless you have a tall fence or a hedge around your yard.

Keep Coyotes Away at Night

Coyotes rarely howl at the sun. They’re most active at night, and this is when you need to be on guard. Don’t let your pets outside by themselves at night. Instead, bring outdoor cats into a garage and then shut the door until morning. If you have pet doors, close and lock them until the sun comes up. If coyotes are particularly abundant in your town, a perimeter fence installed around your property can help to keep them out. Motion sensor lights can also be a useful deterrent.

Traditional motion sensor lights are a common coyote-busting approach, but good-quality products can be hard to find, and they usually rely on a main electricity supply. If you don’t have blackout curtains, they can also be bright enough to disrupt your sleep. If they switch on a lot overnight, they can turn from a helpful aid into a source of anxiety. Nite Guard Solar lights are a clever alternative solution. They’re solar-powered, so you can put them anywhere, and they’re bright enough to frighten coyotes without interrupting your well-earned rest. They basically mimic a larger predator by flashing red all night long. Coyotes respond with a fight or flight impulse because they mistake Nite Guard Solar lights for a physical threat, and they run away. Nite Guard Solar lights are a humane and inexpensive way to stop coyotes from coming onto your property and threatening your cats and dogs. They may look like your pup’s cousins, but coyotes can and will attack your dog. Don’t give them a chance to get close by scaring them away with predator lights installed in your yard. Nite Guard Solar has the best flashing red predator lights you can find.

Protect your pets the easy way when you buy a set of Nite Guard Solar lights online. We’ll ship them to you quickly, and we’ll provide a full set of simple instructions for a swift setup. We love helping people solve their coyote problems, so if you have any questions, just call 1-800-328-6647 or send us an email using our contact page.