How to Deter Badgers From Your Property 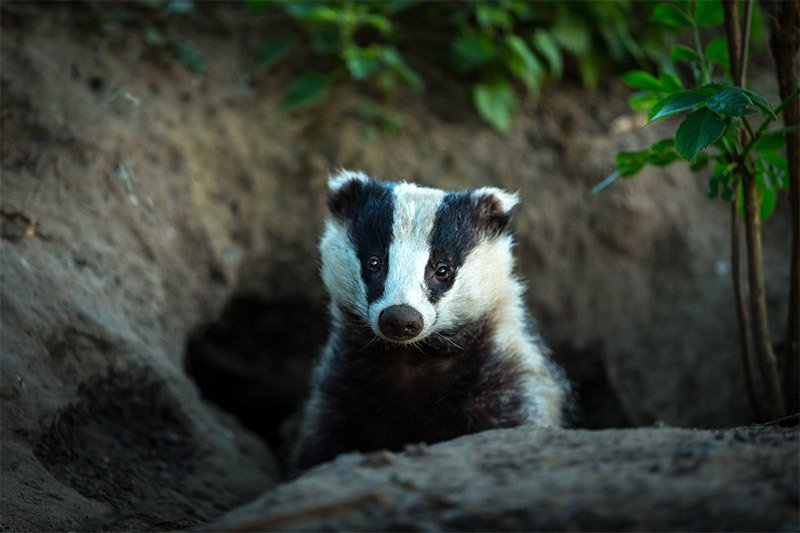 Often found in open fields, pastures, and meadows – or lawns with few trees – badgers have strong legs and long, sharp claws used for digging. While they might kill all the snakes and mice in your yard, badgers can easily become a nuisance.

Signs of Badgers in Your Yard

You’ve become aware that a wild animal is visiting your property and causing destruction, but how do you know the culprit is a badger? If there is a badger on your land, you will likely find three things: holes, droppings, and the remains of prey. When a badger consumes its prey, it often leaves behind the head, fur, and spine. Badger droppings vary in texture depending on what the creature ate recently, but the animals prefer to do their business in shallow pits they dig called latrines. Badger holes, on the other hand, are certainly not shallow. These holes present one of the most significant dangers that badgers pose.

Badgers are excellent diggers. A badger hole can be two to nine feet deep and often measure one or two feet in diameter. These holes pose a serious danger to homeowners and farmers alike. Humans, livestock, and pets can fall into a badger hole and get hurt; farm equipment that rolls over a badger hole can get stuck or damaged. Moreover, a badger’s underground burrow can be up to thirty feet long. Since they dig such large burrows underground, badgers construct a system of tunnels that lead to and from their den. These extensive systems of holes and tunnels, if built close enough to a structure like a deck or garage, can impact the integrity of the structure’s foundation. Badger holes are a threat you don’t want to find out about firsthand.

How to Deter Badgers

A great way to deter badgers from entering your property is to construct a mesh fence that runs underground 12-18 inches deep so they cannot dig underneath. However, fencing that both surrounds your entire yard or property and extends far underground can get extremely expensive depending on the size of your land. Other often-suggested methods of deterring badgers are more economical, but a little strange. These methods include spraying your property’s boundary with male human urine, sprinkling hot chili peppers to drive them away with the smell, or dropping lion manure in your lawn to indicate the presence of a large predator. Many swear by these methods, but there is another that is still economical yet far less unorthodox. That is the Nite Guard Solar light.

The idea behind many of the badger deterrents mentioned above is that the suggestion of a larger predator will scare off the smaller badger. Badgers are solitary animals, and they do not wish to encounter other creatures – especially not large predators. Simply place Nite Guard Solar lights facing all directions on your property and when darkness falls, the small solar-powered box will emit a red light that imitates the watching eye of a large predator animal. With this simple yet effective solution, the badger is scared away.

With tens of thousands of satisfied customers using Nite Guard lights to humanely deter a variety of wild animals, you can have confidence that you’ve finally discovered the solution to deterring badgers from your property.